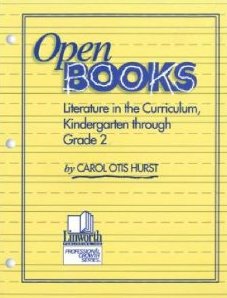 This theme in which towns and cities are explored can become a chance to compare one's own environment with that of others. It can quickly branch off into other themes such as neighborhoods, transportation, and international cities.

Picture Book Starter: Let's start with bragging and look at Byrd Baylor's The Best Town in the World (Illustrated by Ronald Himler. Simon, 1983 ISBN 0684180359. Order Online, Library Binding, Paperback.). In this idealized town that the author's father remembered from his childhood, everything was perfect. The description of life in and around that town should get children comparing it with their own towns and cities, although of course, none will be able to be as perfect as this one.

Finding Details
Read the book The Best Town in the World. In the town the author describes there were lots of things that children could and did do. Make a list of those things:

Comparing & Contrasting Make copies of that list you made of things children did in that town. How many of those things can you do in your town or city?

Beside each thing you think you cannot do that's on the list, put the reason why you cannot.

Make a list of the things that you do that the people in Byrd Baylor's town could not do. Remember that they were probably living at the turn of the century.

In the town in the book, people celebrate Texas Independence Day and the Fourth of July. What things does your town celebrate? How do they celebrate it? Can you be part of that celebration?

Read the book Night City listed below. It contrasts directly with The Best Town in the World because it takes place in a busy city. The concentration is on night workers but much of the activity in a big city is touched upon in some way in the book. Discuss the different lives people there lead.

Categorizing Divide the books listed below and other books you have found that apply to this theme. Divide them into city and country books. Find the one that comes closest to the place where you live.

What are some things that your town or city could do or have that would make it better? Why haven't they been done? Write letters to or visit the mayor of your town to find out how possible those things are for your town or city.

Think of a town or a city you have heard about that is far away from where you live. Choose one that you think you might like to live in some day. Make sure that no one else in the classroom has chosen the same city. Conduct research on that place. Find it on a map. Mark it on a big display map on the bulletin board. Find out what language people speak there. Look at videos and nonfiction books that describe your town or city.

Write a brochure describing your city as "The Best City in the World".

Find out how far away the place you choose is from where you now live. How many days or hours would you have to travel to get there by plane, by car, by boat or on foot.

Use newspapers as paper and cut out shapes of city buildings from them. Make a mural by pasting those buildings on a background of black or red paper. Use markers to make the effect more pleasing.

Use newspapers as the background of a bulletin board and use red or black paper to cut out shapes of city buildings. Which effect do you like best?

This picture book is truly extraordinary and while delightful for the preschool set can be used with older students right up through middle school as well. An African-American child and his look-on-the-bright-side grandmother take a bus from church to a soup kitchen. Along the way the grandmother helps him appreciate the unexpected beauty in the city. The tone is quite light and playful while the themes explored are profound. It is so well regarded that it won the prestigious Newbery Medal, one of only two picture books ever to have won it. Read More in our Featured Book Teachers Guide with discussion questions, extension activities, related books and links.

Baker, Jeannie. Home in the Sky. Greenwillow, 1984 ISBN 0688038417. Order Online.
Mike cares for the pigeons on the roof of his apartment building in the city. One pigeon, Light, flies over the city and we see it through Light's eyes.

Baylor, Byrd. The Best Town in the World. Illustrated by Ronald Himler. Simon, 1983 ISBN 0684180359. Order Online, Library Binding, Paperback.).
Maybe Byrd Baylor's father exaggerated just a bit when he told her about the town he grew up in. What we get is an ideal place to live at the turn of the century.

Bunting, Eve. Secret Place. Clarion, 1996 ISBN 0395643678. Order Online, Hardcover.
This little bit of nature along a river is hidden within the busy city but some people and animals are nourished by it.

Burton, Virginia Lee. The Little House. Houghton, 1978 ISBN 039525938X. Order Online, Paperback, Library Binding, Cassette.
This classic shows the "progress" of a city through the eyes of a little house who first stands out in the country and is gradually surrounded by the city.

Egan, Tim. Chestnut Cove. Houghton, 1995 ISBN 0395698235. Order Online, Library Binding, Paperback.
Chestnut Cove was an ideal town in which to live until the king announced a contest of watermelon growing.

Jakobsen, Kathy. My New York. Little, 1993 ISBN 0316456535. Order Online, Library Binding.
Knowing that her friend is about to move to New York City, Becky writes her a letter giving her a tour of her favorite places in New York.

Johnston, Tony. The Last Snow of Winter. Morrow, 1993 ISBN 0688107494. Order Online.
Here's the concept of small town as large neighborhood. A famous artist comes to town and creates an artistic snowman for the village with the first snow of winter. By the time of the last snow of that winter, the artist is ill so the villagers create a snowman for him.

Keats, Ezra Jack. Goggles! Puffin, 1987 ISBN 0140564403. Order Online, Paperback, Library Binding, Cassette.
Peter and his friend find a pair of goggles and some neighborhood bullies decide to take them away.

Kovalski, Maryan. Wheels on the Bus. Little, 1987 ISBN 0316502596. Order Online, Paperback.
The familiar song is placed within a plot. A grandmother and the kids have been on a shopping excursion. As they wait for the bus, Grandma starts the song and soon everyone joins in.

Levitin, Sonia. Boom Town. Illustrated by Cat Bowman Smith. Orchard, 1998 ISBN 0531300439. Order Online, Library Binding, Hardcover.
It's the time of the California gold rush and Amanda's father searches for gold all week, coming home only for the weekend. Amanda begins baking pies and her father sells them amongst the miners. Soon she's got a thriving business and a whole town grows up to serve the miners. More on the Gold Rush.

Macaulay, David. City: A Story of Roman Planning & Construction. Houghton, 1983 ISBN 0395349222. Order Online, Paperback, Hardcover.
We watch the planning and development of one mythical city in great detail both visually and textually.

Macaulay, David. Rome Antics. Houghton, 1997 ISBN 0395822793. Order Online, Hardcover.
In an almost wordless book we follow the flight of a pigeon through the modern city of Rome. (See also Flight)

McCloskey, Robert. Make Way for Ducklings. Viking, 1941 ISBN 0670451495. Order Online, Hardcover, Paperback, Cassette.
In this classic Mr. And Mrs. Mallard attempt to raise their family in the city of Boston.

Ringgold, Faith. Tar Beach. Crown, 1991 ISBN 0517580306. Order Online, Hardcover, Paperback.
Like Rosalba in Abuela, Cassie dreams of flying over NYC. She calls the rooftop of her apartment building "Tar Beach" and from it she looks down over that city.

Rogers, Paul & Emma. Cat's Kittens. Illustrated by Sophy Williams. Viking, 1996 ISBN 067086255X. Order Online, Hardcover.
A mother cat raises her family in an alley and one by one, each kitten goes its own way.

Sorensen, Henri. New Hope. Lothrop, 1995 ISBN 0688139256. Order Online, Hardcover, Paperback.
This small town, founded by a man who broke a wagon axle there, is a microcosm for the development of the west.

Wellington, Monica. Night City. Dutton, 1998 ISBN 0525459480. Order Online, Hardcover.
The concept of time stands behind this one as a city wakes up just as we go to bed. One by one we see each night worker through the night until dawn when we get up.

Yolen, Jane. Letting Swift River Go. Illustrated by Barbara Cooney. Little, 1992 ISBN 0316968609. Order Online, Paperback.
Several small towns were flooded in a WPA project of the 30s to create a large reservoir. Based on fact, this tells the story from the point of view of one child growing up in one of those towns. More information including activities, related books and links.

Greenfield, Eloise. Night on Neighborhood Street. Puffin, 1991 ISBN 0140556834. Order Online, Paperback, Hardcover.
These short city poems celebrate the city and give us both its pluses and minuses.

Henderson, Kathy. A Year in the City. Illustrated by Paul Howard. Candlewick, 1996 ISBN 1564028720. Order Online, Hardcover.
This book about the seasons shows the subtle as well as the more obvious signs of each time.

Lewin, Ted. Market! Lothrop, 1996 ISBN 0688121616. Order Online, Hardcover.
The text is brief but the illustrations are full of details of the city markets in Ecuador, Nepal, Ireland, Uganda and the U.S.